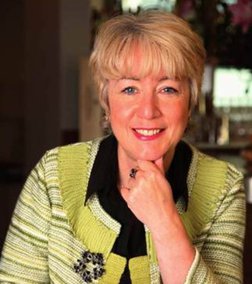 Linda Conlon is responsible for managing the International Centre for Life, a £90m science village in the heart of Newcastle. It brings together a University medical research institute, two National Health Service clinics, biotechnology businesses, a popular science centre and education facilities on a single site, all with the aim of enriching lives through science. This unique project has fostered inter-disciplinary collaboration among the 600-strong workforce, achieving some spectacular results – e.g. the world’s first cloned human embryo was created at Life.

Life is financially self-sustaining thanks to an entrepreneurial business model, with a diverse range of income generators, including a substantial property portfolio. In 2016, it was awarded the Not for Profit Organisation of the Year Award at the Chamber of Commerce Business Awards.

Linda is a past President of the Association of Science and Technology Centres, the body representing over 650 science centres globally and is currently Chair of its Global Task Force. She was the first European to be elected to the role. She has also served on the Ecsite board and is a former Chair of ASTC.

She is a governor of the Laidlaw Schools Trust, a multi-academy trust that manages a number of schools in the West end of Newcastle and in Sunderland, many of which serve children in severely deprived areas. She was recently appointed to the governing body of Newcastle University and, is also, a trustee of the Heart of the City Partnership, which is charged with safeguarding and promoting Newcastle’s medieval quarter. Previously, she was a non-executive director of the Newcastle upon Tyne Hospitals NHS Trust and an executive member of NE1, the Business Improvement District Company for Newcastle. In 2016 she was awarded an MBE (Member of the British Empire) by the Queen for services to science and science education.

Linda's career before the world of science centres was in regional development and urban regeneration, where she was involved in the creation of major high profile waterfront developments, helping to bring in £1 billion of investment. Before that, she ran her own marketing consultancy and in her early career, worked for the British Foreign and Commonwealth Office and the multi-national company, Procter and Gamble.

My reason for wishing to join the board of ASDC is quite simple: I want to see science centres get the recognition and support they deserve.

Some progress has been made towards achieving this but much, much more needs to be done. I was involved in this quest some years ago and feel the time is right, after a period of absence from the board, to seek election and work with colleagues to keep climbing the mountain!