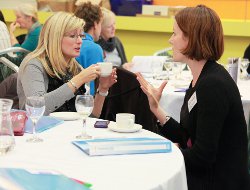 The ASDC AGM took place in the beautiful surroundings of the Fellow's Library at the Science Museum, from 3-5pm on Wednesday 25th September. The AGM was preceded by an enjoyable and informal networking session with tea and cakes.

The AGM reviewed the year's events and finances, looked at strategies for the future and updated members on the latest partnerships. The elections for new members of the ASDC Board of Trustees also took place during the AGM, and after hearing from those standing for election, ASDC members were asked to cast their votes.

We are delighted to welcome new trustees Scot Owen and Verena Cornwall. We'd also like to congratulate the four trustees who were re-elected to the board; Dr. Teresa Anderson, Peter Trevitt, Louise Smith and Terry O'Connor

Details of the elections including candidate statements 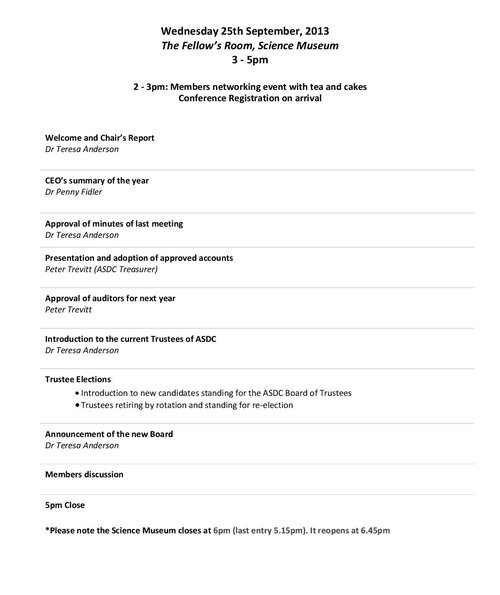