All ASDC members were invited to join the ASDC executive and Trustees for the 2014 AGM the afternoon before the Conference at the Royal Society. During the AGM, we discussed the highlights of ASDC's work over the past year, reviewed the finances and looked at strategies and partnerships for the future.

Over the summer, applications were invited for additional Trustees for the ASDC Board. At the AGM, the gathered membership approved these three new Trustees and voted them onto the board.

Details of trustee elections and governance.

The documents for the 2014 AGM are below. 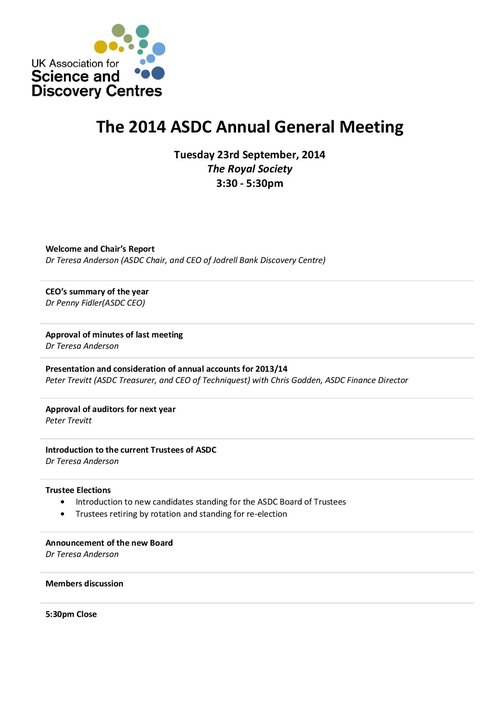